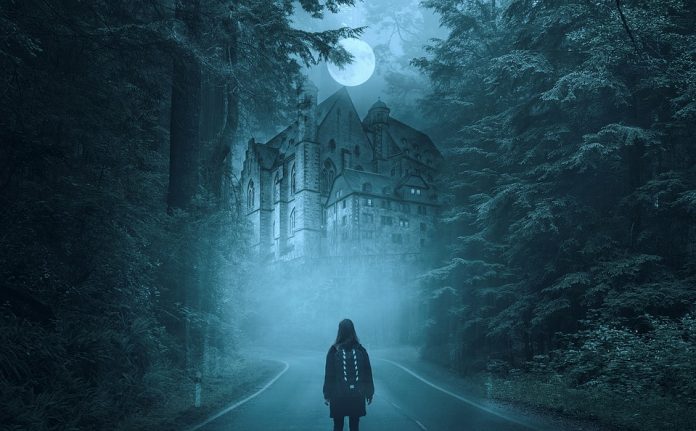 A general building contractor from California has explained why things actually may go bump in the night, lights flicker, and doors mysteriously open in an article aiming to debunk the common myths that surround haunted houses.

In an article for the Paranormal Daily News, Mr Weiler addresses some of the normal things that occur with buildings that have to be taken into consideration when examining a potential haunting or ghost.

Here are just a few examples from his article in Paranormal Daily News: Some light fixtures (very common for recessed lighting) have thermal sensors that shut the light off if the internal temperature is too high. (More common in summer on hot days when the attic temperature is quite high) This occurs where the socket is, high up in the fixture. The most common cause of this problem is recessed lights covered in insulation in the attic. You can test for this problem, but it takes awhile. Leave the lights off for an hour so that they have a chance to cool down, then turn them on. All the lights should come on, and then once they heat up, they will randomly turn off for a while and then come back on again after they have cooled down[…]

This can be nail pops. A nail somewhere nearby is pulled by bending wood, usually warping slightly due to temperature changes until it pops up a little bit. They can be quite loud and are a distinct, short, sharp sound that comes from inside the walls and echos around, making it impossible to determine where they can come from. They can occur at all hours, but more typically, they come during temperature changes outside[…]

If the gap between the door and the frame is wide, so that the door barely latches, then temperature and/or humidity changes can affect the door enough to spring the latch. It’s fairly easy to check this and it’s something that should be ruled out as an ordinary cause. So check to see whether the door is barely latching and then see if it naturally swings open when it’s unlatched. If both are true, then there’s your most likely cause[…]

Barring those and the other examples Mr Weiler details, you could just be hallucinating from carbon monoxide poisoning. And barring that, well, then, yeah, probably a poltergeist.