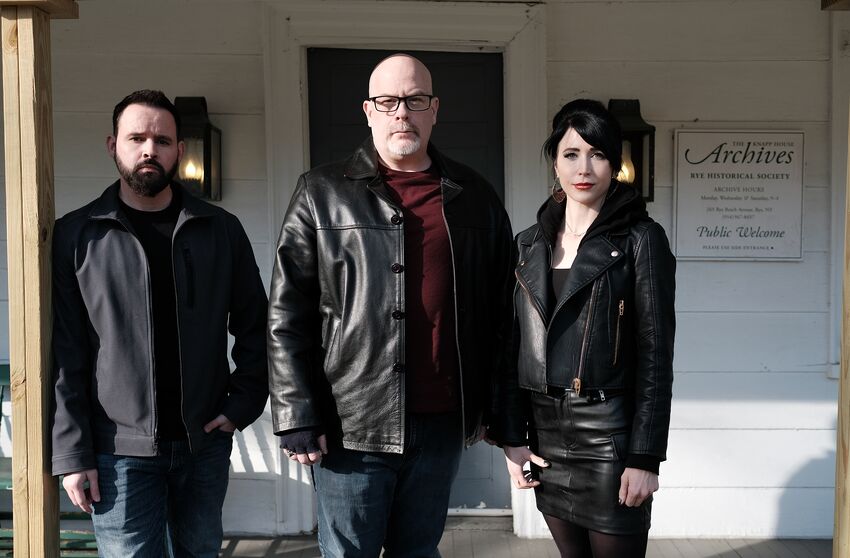 The Holzer Files on location at the Rye Historical Society Knapp House in Rye, New York on April 4, 2019.

47 Meters Down: Uncaged and more horror streaming in February 2020 by Mads Lennon

Just in time for Hans Holzer’s 100th birthday, The Holzer Files gets the greenlight from the Travel Channel for Season 2.

The Holzer Files will return later this year with 13 new episodes. According to the press release, Travel Channel gave the go ahead for Season 2, just in time for the celebration of Hans Holzer’s 100th birthday. Fans of Dave Schrader, Cindy Kaza and Shane Pittman will be happy to know that the trio along with Alexandra Holzer and researcher Gabe Roth will be re-opening more of the cases of the “father of the paranormal.”

Part of what makes the series unique is the way that the group meticulously researches Holzer’s documents and then proceeds to find out if any recent activity has occurred at the location in question. From there, each team member brings their expertise to the table so that resolution can be reached.

Some shows that deal with supernatural events have a tendency to go overboard with theatrics. Everything is a demonic presence when logically that isn’t the case. What is appealing about Schrader and his crew is that they genuinely want to get to the bottom of why a haunting is happening.

For Season 2, it might be interesting to have the team revisit the Amityville Horror house after all of these years since that was one of Holzer’s most famous investigations. Since it is well-known that Hans’ files on that subject plus his books inspired countless paranormal enthusiasts including Dan Aykroyd. The actor has admitted to being inspired by the ghosthunter’s work so much so that he penned Ghostbusters.

If you would like to view exclusive content from Season 1, go to TravelChannel.com where you will find extras, behind the scenes photos and interviews.

Are you a fan of The Holzer Files? Looking forward to Season 2? Let us know in the comments.

31 Days of Halloween: Stay tuned for the WNUF Halloween Special