Recently in Chile, four UFOs were filmed by a witness from the balcony of their apartment. A fantastic video showing four UFOs hovering in a row was filmed buy a guy called Ignácio, claiming to have filmed it from his balcony “last week.” The images show what appear to be four objects that are not connected to each other. The UFOs were very bright, “like headlights,” according to the witness, and apparently flew over the city before hovering above a skyscraper. Rojas narrates and shows the flight path in the video.

It is unclear where in Chile the sighting took place, as the eyewitness simply wrote “Chile” in their description. There is no certainty of what the objects were, based solely on the size and the fact that they were above the skyscraper, but it is speculated that, due to the movement at the end of the images, they may not have been drones.

These two aircraft do not appear to be police or military helicopters. According to the witness, they were flying very close to the buildings, and they did not have the usual noise levels. 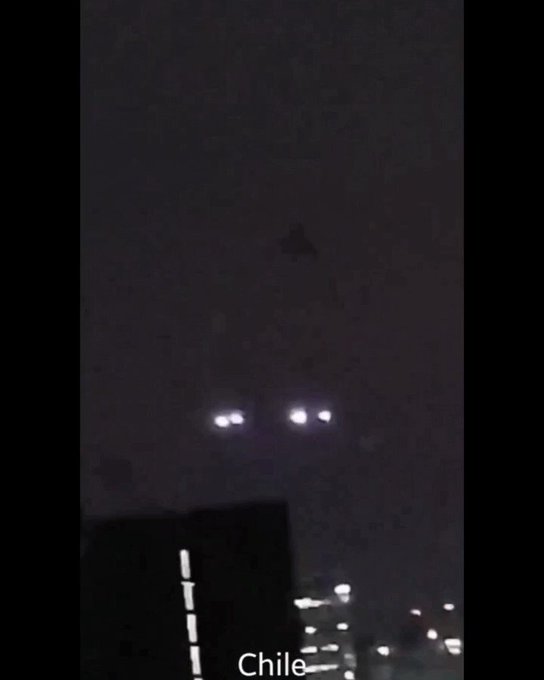